Posted on January 12, 2022January 12, 2022 by Admin
During the machining and cutting process, the CNC lathe is subjected to the action of the cutting force, and the elastic deformation occurs in the direction of the force, which is what we often call the phenomenon of letting the knife. Corresponding measures should be taken on the tool to deal with such deformation. The tool is required to be sharp during finishing.
–
On the one hand, it can reduce the resistance caused by the conflict between the tool and the workpiece, and on the other hand, it can improve the heat dissipation ability of the tool when cutting the workpiece.Then reduce the remaining internal stress on the workpiece. With the rapid development of science and technology, the society has higher and higher requirements for the structure, function, precision, power and type of mechanical products, and the proportion of single-piece and small and medium-sized products is increasing. Traditional general-purpose and special-purpose machine tools and process equipment are not well adapted to the requirements of high-quality, high-power, and diversified processing.
–
Among them, CNC lathes are increasingly widely used in the machinery manufacturing industry because of their high power, high precision and high flexibility. They have become one of the most widely used CNC machine tools. CNC lathes are difficult to process thin walls, especially inner holes. processing, because during the cutting process.
–
The thin wall is easily deformed by the cutting force. This then leads to an oval or “waist-shaped” phenomenon with a small center and large ends. Other thin-walled casings are prone to thermal deformation due to poor heat dissipation during processing, resulting in standard and shape errors. If the requirements of the drawings are not met, the important issue to be dealt with is how to reduce the influence of the cutting force on the deformation of the workpiece.
– 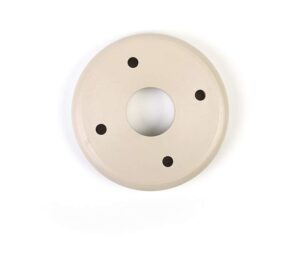