How to solve the deformation problem of aluminum alloy parts?

With the development of the electronics industry, aluminum alloy thin-walled cavity parts are increasingly used. These parts have the advantages of light weight and compact structure. However, such parts have always had difficulties such as long processing cycle, high processing cost, and difficulty in controlling the machining accuracy. The reason is that during the processing of such parts, the metal removal amount is large, the rigidity is low, the strength is weak, and it is easy to produce large deformation, and it is difficult to ensure the processing precision and surface quality of the parts after processing. This paper starts from the analysis of the reasons for the deformation of this type of parts, studies and discusses the process of controlling and reducing the deformation of aluminum alloy thin-walled cavity parts.

1 Introduction
The main factor affecting the machining accuracy and surface quality of aluminum alloy thin-walled cavity parts is that they are easily deformed during processing. Solving the deformation problem of aluminum alloy thin-walled cavity parts during processing, the working efficiency of milling of such parts can be improved, the precision and quality of parts can be improved, and the rapid production of products can be realized.

2.1 residual stress
During the formation of the metal material, the arrangement of the metal crystals is not neatly arranged in an ideal state, the size and shape of the crystals are not the same, the original residual stress exists, and the deformation is slowly released over time, resulting in a certain deformation. In addition, during the metal cutting process, the plastic deformation of the cutting and the frictional heat between the tool and the workpiece make the temperature difference between the processed surface and the inner layer large, generate large thermal stress, and form thermal stress plastic deformation. Aluminum alloy parts
The deformation produced during the metal cutting process is not caused by a single cause. It is often a combination of several reasons, and this combination is not constant during the processing. As the processing progresses, which one? The reason has the greatest influence on the deformation, and it is difficult to judge. It can only start from the cause of the deformation, and adopt the corresponding process to minimize the processing deformation.

2.3 Cutting motion
The cutting process is the process by which the tool interacts with the workpiece, which causes the tool to remove some of the material from the workpiece. The cutting motion causes extrusion, stretching, and breaking between the crystal grains of the material. These phenomena cause displacement between the atoms of the crystal and form irreversible plastic deformation.

3.1 Optimize the process
The process can separate the roughing and finishing. After the roughing is completed, the parts are heat-treated, the cutting stress and residual stress of the part are fully released, and then the finishing is performed, and the processing quality of the parts is greatly improved. Separation and finishing have the following advantages:
(1) Reduce the influence of residual stress on machining deformation. After the roughing is completed, the stress generated by the rough machining of the parts can be removed by heat treatment, and the influence of stress on the finishing quality can be reduced.
(2) Improve processing accuracy and surface quality. The coarse and fine machining are separated, and the finishing is only a small margin for machining, and the machining stress and deformation are small, which can greatly improve the quality of the parts.
(3) Improve production efficiency. Since roughing only removes excess material and leaves enough margin for finishing, it does not consider the size and tolerance, and effectively exerts the performance of different types of machine tools and improves cutting efficiency.

3.3 Improve the clamping method
In the processing of ordinary parts, the clamping method usually adopts the bench vise clamping. For the round parts, the chuck clamping method can also be adopted. Whether the vise clamping or the chuck clamping will be generated to different degrees. Clamping stress. The clamping stress and the elastic recovery after the part is removed will cause some deformation of the part. In the roughing stage, the bench vice can be used because only the excess material is removed.
In the finishing process, only the clamping method must be improved, and the influence of the clamping deformation is reduced to achieve the dimensional accuracy and geometric tolerance of the design.
Aluminum alloy thin-walled cavity parts are easily deformed under the force of the force. To process such parts, the first problem to be solved in the process is the processing interference caused by the clamping. In the processing of aluminum alloy thin-walled cavity parts, the clamping problem can be solved by the following methods:
Vacuum adsorption clamping method: Place the workpiece on the suction cup and separate the bottom from the outside with a special sealing strip. Then vacuum the bottom. When the pressure gauge shows that the vacuum reaches the indicated value, the workpiece is equivalent to a certain amount. pressure. As shown in Figure 1:
Anti-deformation clamping method: the parts are positioned by pins and connected to the installation fixture for processing. During the processing, the bench clamps are mounted fixtures, which are not in contact with the parts; at the same time, the parts are assembled and applied with pins. Positioned, so the machining center with the corresponding pin hole as the positioning reference for clamping, will better approach the design and use requirements, and the fixture should actually control the center and orientation of the fixture based on the corresponding pin hole. as shown in picture 2:

3.4 High speed machining
High-speed machining has three advantages: high efficiency, high precision and high coding quality, low cutting temperature and low cutting force. During the cutting process, the main factors affecting the surface quality of the workpiece are the built-up edge, the phosphorus thorn, the vibration, the sharpening quality of the cutting edge, the defect of the workpiece material, the use of the cutting fluid, etc., and the high-speed cutting is compared with the ordinary cutting. The cutting depth block, the material deformation speed is fast, the strain rate is large, and the built-up edge and the phosphorus thorn are not easily generated. At the same time, due to the fast cutting speed, most of the cutting heat is carried away by the chips, and the cutting surface is too late to produce plastic deformation, and the milling processing has been completed.
The stress generated during high-speed machining can be controlled to a small extent, which provides possible and technical support for high-precision thin-walled parts, and greatly shortens the processing cycle, while ensuring the dimensional accuracy and surface quality of the parts. .

4. Conclusion
During the processing of aluminum alloy thin-walled cavity parts, from the four aspects of optimizing process flow, heat treatment, improved clamping method and high-speed machining, combined with the structural characteristics of the parts, a reasonable process flow and processing plan are formulated. The problem of machining deformation of the part can be solved, and the machining precision and surface quality of the part are improved.

The text content is limited. If the above solution has not solved the problem of deformation of your aluminum parts, you can send an email directly to info@aixihardware.com 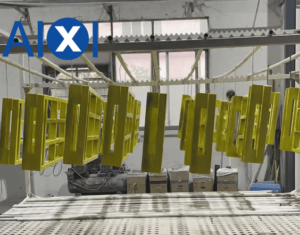 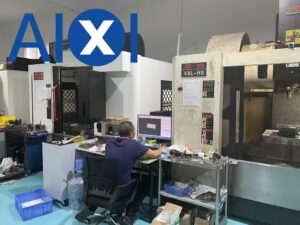 For AIXI Hardware , we have wonderful engineers for five-axis products , we have made... 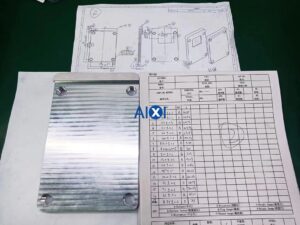 For AIXI Hardware , we will offer inspection diamensions reports to customer confirm before shipment... 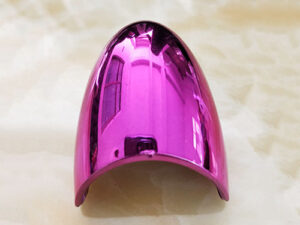 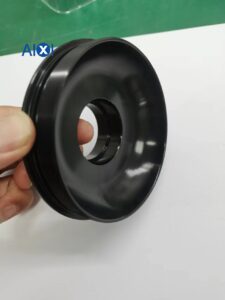 What Is Anodized Aluminum?

What Is Anodized Aluminum? If you’re wondering, “What is anodized aluminum?” you’re not alone. The... 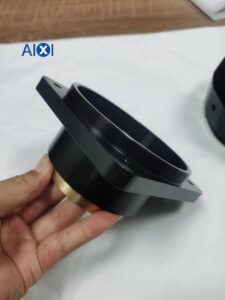 Is Anodized Aluminum Better Than Aluminum?

Is Anodized Aluminum Better Than Aluminum? If you’re not sure whether anodized aluminum is better... 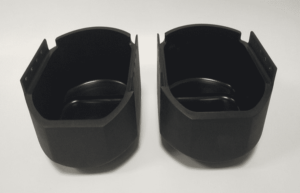 Can You CNC Acetal? 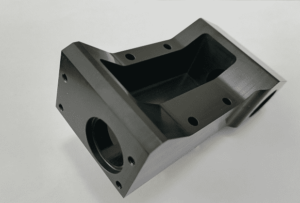 Is Delrin Easy To Machine?

Is Delrin Easy To Machine? If you’re new to the world of thermoplastics, you’ve likely...